What follows is an account of the Eastern Permaculture Gathering 2018. Local and regional events bring together individuals involved in, and interested in finding out about permaculture.

How we got there 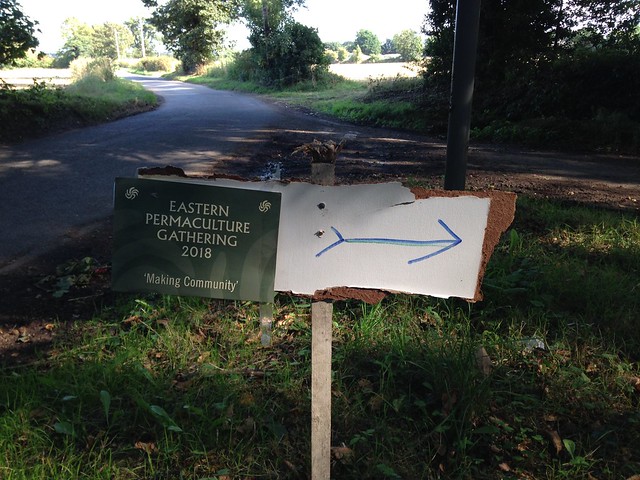 After the successful Eastern Permaculture Gatherings of 2014, at Ringsfield Hall, Suffolk, and 2015, at Walnut Farm, Norfolk, there had been a break of a couple of years. While Summer skill-shares now take place at the Inkpot every year and Permaculture Design Courses on a regular basis in East Anglia, there were no further gatherings for Norfolk or Suffolk planned.

Having taken part in both the earlier gatherings, I was aware of the opportunities and inspiration that such get-togethers provide and wondered about the possibility of such an event taking place in 2018, and talked to others about the idea. A group of people formed and series of meetings took place with a view to making it happen.

In discussions, it was agreed that the theme of the gathering would be ‘community’ and that the weekend camp format of previous gatherings was a good basis for people to get to know one another and for real community building to take place. One of the planning group knew of an ideal site in rural Norfolk, with facilities and where we could cook around open fires. We booked the site for 3 days at the end of summer.

Once the venue and date were fixed, practical details –  such as the hire of a marquee as the main covered space for workshops etc. - could be put in place. It was agreed that an element of celebration was important and a ceilidh band were booked. People were approached to offer workshops, talks and activities. Online registration was set up through the Permaculture Association and the event was publicised on the Permaculture Association website as well as by email, social media, posters and word of mouth.

Planning and organising the gathering involved a lot of work, and it was impossible to draw up a detailed programme of events until the last minute. When the weekend arrived, the weather was fine. Over the three days, 48 people participated in the event (plus one or two more on the Saturday evening), some just for part of the weekend. Many of those who took part were new or fairly new to permaculture.

Friday afternoon and evening were taken up with arrivals and setting up camp, with an early evening welcoming circle. Saturday morning workshops began with an ‘Introduction to Permaculture’ session, led by Dan Wheals. This was followed by Piers Warren’s presentation ‘Don’t just eat vegan, grow vegan’, after which Jo Metcalfe talked about her work with local Charity Greener Growth, including taking permaculture into prisons and schools. Afternoon sessions started with James Taylor talking about bioregionalism, followed by Nigel McKean’s Community Game. The final workshop on Saturday, about eco-restoration, was led by Chris Keene. 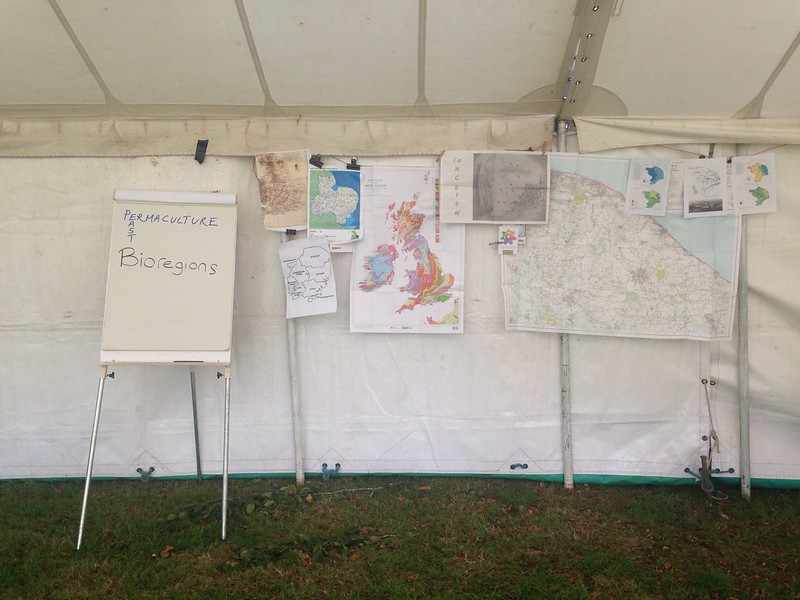 Saturday evening entertainment was provided by local ceilidh and folk dance band Zaramo, and there was also DIY entertainment around the camp fires in the form of storytelling and fire-juggling. Sunday morning began with Fran Ellington talking about Grapes Hill Community Garden in Norwich after which Peter Ellington gave his presentation ‘How accountants can save the world.’ The third workshop on Sunday morning led by Piers Warren was a discussion on the latest findings on climate change.

After lunch on Sunday, Norwich Community Solar gave a presentation about their project, and this was followed by Gary Alexander’s workshop about his booklet ‘Partnership for People and Planet’. The gathering came to an end with a mid-afternoon closing ceremony.

In addition there were other activities, including bender building with members of the Creative Coppicing Community on Saturday, and morning yoga, satsang and reiki healing. Permanent publications provided free Permaculture Magazines and books for sale. 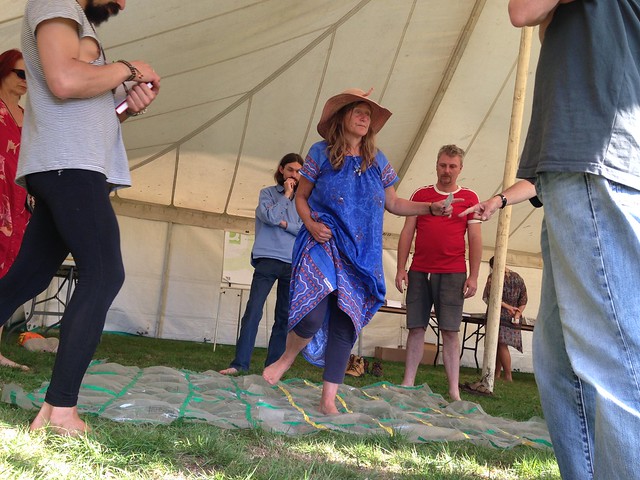 The 2018 Eastern Permaculture Gathering was a success in bringing together individuals involved in, and interested in finding out about permaculture, as well as local groups which promote permaculture ethics.

Many of those at the event shared email addresses in order to stay in contact and an online group is being set up so that news and communications can be shared among the whole group. Already, there is talk of another such event next summer.

The gathering was always meant to be part of the process of growing the permaculture community in the East of England and expands the possibilities of more events, projects and courses in the area.

We’ve had a lot of positive feedback from the event.

“A great event. So inspiring,”  “good diversity of workshops on offer.”

"Looking forward to the next one,” “would like to keep in touch … excellent workshops.”

People also thought there could have been more information before the event and more activities, as opposed to talks.