Open Letter to Permaculture Association members from the CEO

I left Britain on the day of the Brexit announcement. A train to Spain for a conference in the beautiful city of San Sebastian, in the Basque region, to explore with people from around the world the Art of Collaboration! 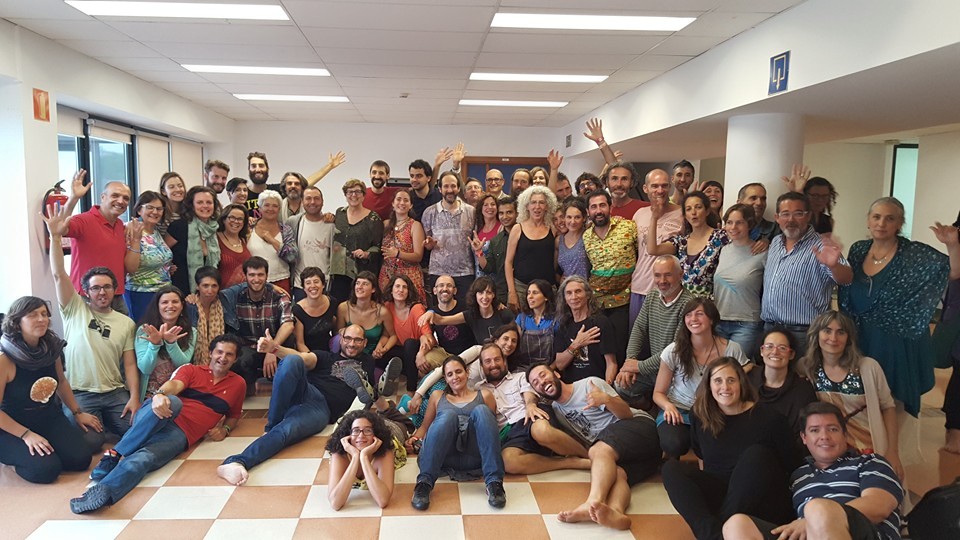 Away from the turmoil, joy, sadness and soul searching resulting from the Brexit result, I had time to think, within a creative and nurturing space, about how we – as the Permaculture Association - might respond. But before looking at the future, it is important to give two notes of reassurance.

Firstly to members. The Permaculture Association is in a good financial position. We have money in the bank, and although the next year will be challenging financially, we have well deserved confidence that we will continue to put our organisation into an even stronger position and further develop our capacities and reach.

We are currently the lead partner for the European funded Children in Permaculture project, and whilst changes in the value of sterling will make things harder, the project will continue and we will make the most of the opportunity to work with our partner organisations in Romania, Slovenia, Scotland, Italy and the Czech Republic.

We await to hear results of a collaborative proposal already made to the EU for a new Masters in Permaculture, and whilst success is desirable, we are not dependent on the result. Two further collaborative proposals, (for Development Education and a research project to look at 'Functional Biodiversity'), are in development, and will be reviewed with partners. Non-EU countries are often able to participate in many EU education and research projects and we will urge the UK government to ensure that UK organisations will continue to be able to participate in these programmes to develop important cross-border work in these areas.

The second reassurance is to our friends and colleagues across Europe. In June, we held the inaugural meeting of the European Permaculture Network, that now has 19 organisations from 16 countries. As one of the founding members of that network, our commitment to this exciting new project to create a more coherent and effective European wide network is as strong now as it was before the UK referendum. We remain fully committed to working, learning and sharing together with people from across Europe, regardless of national and international politics. Permaculture respects national boundaries, and also transcends them.

Whether we like it or not, a majority of people in the UK voted to leave. The decision is made. But what did we really say? Underneath the crosses in boxes lies a complex web of arguments for and against. Much of the public's argument and debate was unheard, as the media tended to give just a very small glimpse into the debate in our communities and homes. The focus was more on the commentary from the usual pundits, 'blue on blue' attacks, and the most populist slogans and stories (on both sides).

If we look underneath the arguments, there were a mass of feelings and emotions – anger, frustration, hope. Underneath the emotions were a range of expressed and unexpressed needs. We didn't listen enough to each other, and instead the views of each side became more and more entrenched. It was a win / lose scenario from the beginning, and no-one has 'won'. We were not able to share our thoughts and feelings in an effective way, and we have become further divided as a result.

In non-violent communication, the theory goes that our emotions are signals that we have unmet needs. This makes sense because there are a lot of unmet needs. There are many children that go to school hungry, with an estimated 3.9 million children now living in poverty[i] – 28% of all children living in the UK, a shocking statistic. Over one million three-day emergency food supplies were given to people living in food poverty in 2015/16[ii]. Public services are facing constant cuts, increasing hardship for the most vulnerable in our society. Profitable state owned businesses are being lined up to transfer to the private sector to create shareholder value rather than public good, at a long term cost to public finances[iii]. The poor are criticised and made to look stupid on TV and in the press, an 'undeserving underclass' of 'no-good scroungers'. Refugees are called migrants. Public servants like teachers and doctors are micro-managed and not given the trust they need to develop and deliver coherent public services. Regions are dependent on the diktat of Whitehall, and have been at the hard end of government cuts. Over 800,000 people now work on zero hour contracts[iv], leaving workers in a state of constant insecurity.

Of course there is anger, of course many people feel forgotten, of course we have lost patience with a political class that for the most part, is not listening. 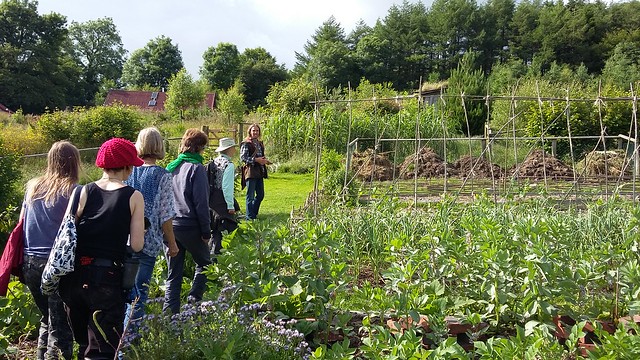 The task of renegotiating the UK's relationship with the EU and rest of the world is important, but I would argue that there is a much deeper task now before us. The EU referendum debate was like a mirror and we don't feel comfortable with what we see.

We can sink into despair, or we can mobilise our collective intelligence and re-imagine the country as the place we really want and need. We need to make this a turning point for a better future. I want to live in a country that is healthy, peaceful and just. A fairer society that reduces the gap between rich and poor, ensuring that everyone can meet their basic needs with dignity. A country in which land ownership is reformed in a way that gives more people opportunities to farm and live in the countryside. A country that retains a world-class health service, and that also focuses on preventing ill health through exercise, nutrition and community connection. A country that develops 'diversified agro-ecological' farming systems that protects and regenerates our environment and wildlife as well as producing the food, fibres and energy that we need. A country that invests vigorously in energy efficiency and renewable energy so that we can meet and exceed our carbon targets. A country that invests much much more in our children and young people, creating places and processes that nurture their potential. A country that innovates economically, supporting social entrepreneurs and co-operatives that will produce the things we really need, and reforms the City of London to become a driver for an economy for the common good. A country that invests in diplomacy and peace rather than weapons of mass destruction. A country in which every vote counts in elections for political representation.

In short, we need to develop a vision for the future that brings 'yes' and 'no' together in a process that can bring about a fairer, healthier and more socially just country.

How we can make our best contribution 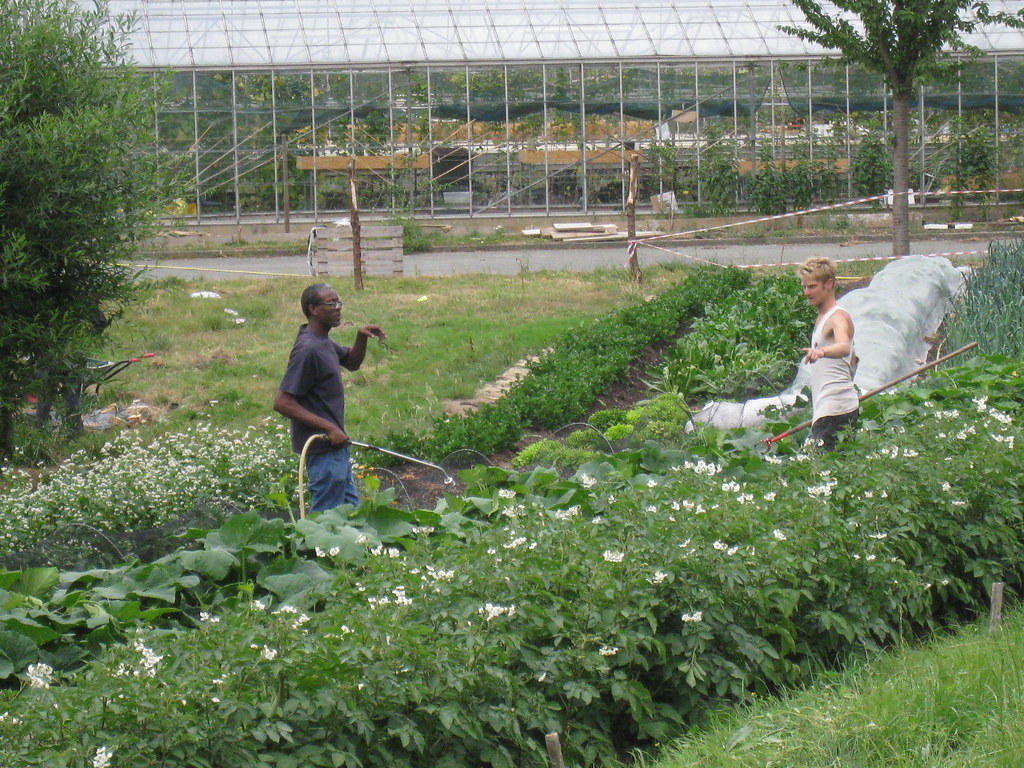 Now is the perfect time to engage more deeply with our communities and with the wider debate in society. Over the coming months we want to explore with you and with our many allies - in the Transition network and the many other groups that are working for sustainability, community and ecological regeneration - to see how we can make our best contribution in this moment of turbulence and uncertainty. We will engage with initiatives that are working to influence policy to put health and well-being at the heart of the vision for Britain's future. We also need to develop practical strategies that support community activists to engage with struggling communities to develop real solutions for the problems we face.

We are putting initial plans together now, including developing a 'Friends of Permaculture' scheme that will raise funds for community activists. We are talking to other networks and initiatives to bring together the training and support they will need to be effective. We will use the Convergence in September and our Annual General Meeting in November to engage with members and co-design a project that can help us to better deliver our mission, which is to 'Empower people to design thriving communities across Britain.'

There is an opportunity to grasp, a vision to articulate, needs that need to be met. David Holmgren's twelfth permaculture principle is 'creatively use and respond to change'; now more than ever, we need to put our principles into action.

P.S. If you would like to be part of the team that explores this, please do email me.