Permablitzes, plant swapping and writing on tables in South Wales

This was the first meeting about a new permaculture network for Swansea and Neath, organised through Permaculture Ambassadors Local Gathering funding.

Peter Stopp (coordinator of the South Wales Paramaethu Cymru Network) had already been planning to set up a regional network. It had become increasingly difficult to manage a single network for such a large area so he brought more people on board to help, including Shaun and Nicola from Café Make in Pontardawe. 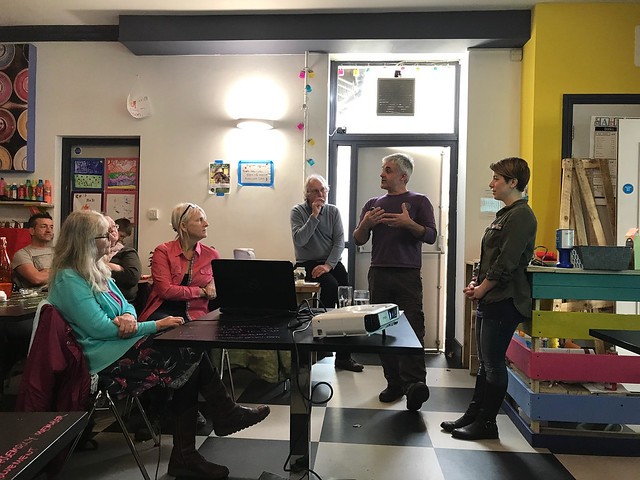 Meanwhile, Fed and Darren Tomassoni-Williams, a Swansea-based couple, were also looking to set up a local network to link to Ty Enfys Eco-Retreat - a One Planet Development they are developing in Pitton on the Gower Peninsula.

It made sense for them all to join forces to organise a launch event for the network,  publicised via the South Wales network,  Facebook and the Permaculture Association network noticeboard.

There were 19 participants from across the two counties and the group was very varied in terms of ages, cultures and permaculture experience. However, what they all had in common was enthusiasm about getting together and making the network a success!

In the morning Peter spoke about the role of Paramaethu Cymu and the network and then looked at some of the local projects, like Ty Enfys, Gaia’s Garden, the Dove Project and Swansea Community Farm. Discussions followed about the purpose of the network and what people were looking to gain from it.  As a result of these conversations, there were plenty of good ideas, including several commitments to help each other out with permablitzes!

It was onto more practical matters in the afternoon - a team design exercise to help Shaun and Nicola with the yard outside Café Make. Led by Peter and using the 5-hat approach, the team split into two groups to tackle the challenge.  After looking at the yard and using the café’s tables as blackboards (at Café Make you can write on tables!), they came up with lots of ideas for developing the yard into a permaculture project. 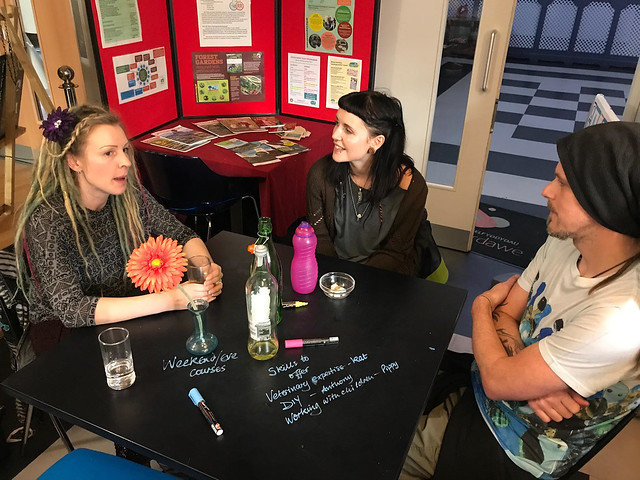 It was an inspiring day filled with conversation, seed/plant swapping, kombucha and dish sampling, and generally a lot of amazing support for the network and each other.

The day was brought to a close by Fed taking on the network local coordinator’s role,  followed by a questionnaire to look at everyone’s expectations and wishes for the network going forward.

The Swansea and Neath Permaculture Network will be meeting on a monthly basis, mainly at weekends, and will have a mixture of learning opportunities, permablitzes, skills-swapping, as well as opportunities to socialise.

Ty Enfys, run by Fed and Darren, also organised an Introduction to Permaculture course on 25 and 26 November, which attracted 25 attendees, including some members of the newly-formed network.

As part of the Permaculture Ambassadors project we are supporting members to hold local events, with the following aims:

• People meet and network, and share knowledge and good practice of practical solutions and permaculture thinking/design.

• More people are engaged with the Permaculture Association and are working towards local ‘hives’ of Ambassadors, who support and train one another in order to share permaculture.

• Powerful stories are shared about: your own work and projects, about your gathering, and your work towards creating a hive.

We are now looking to hear from people wanting to run events in Spring 2018.  All events must take place before the end of June 2018.