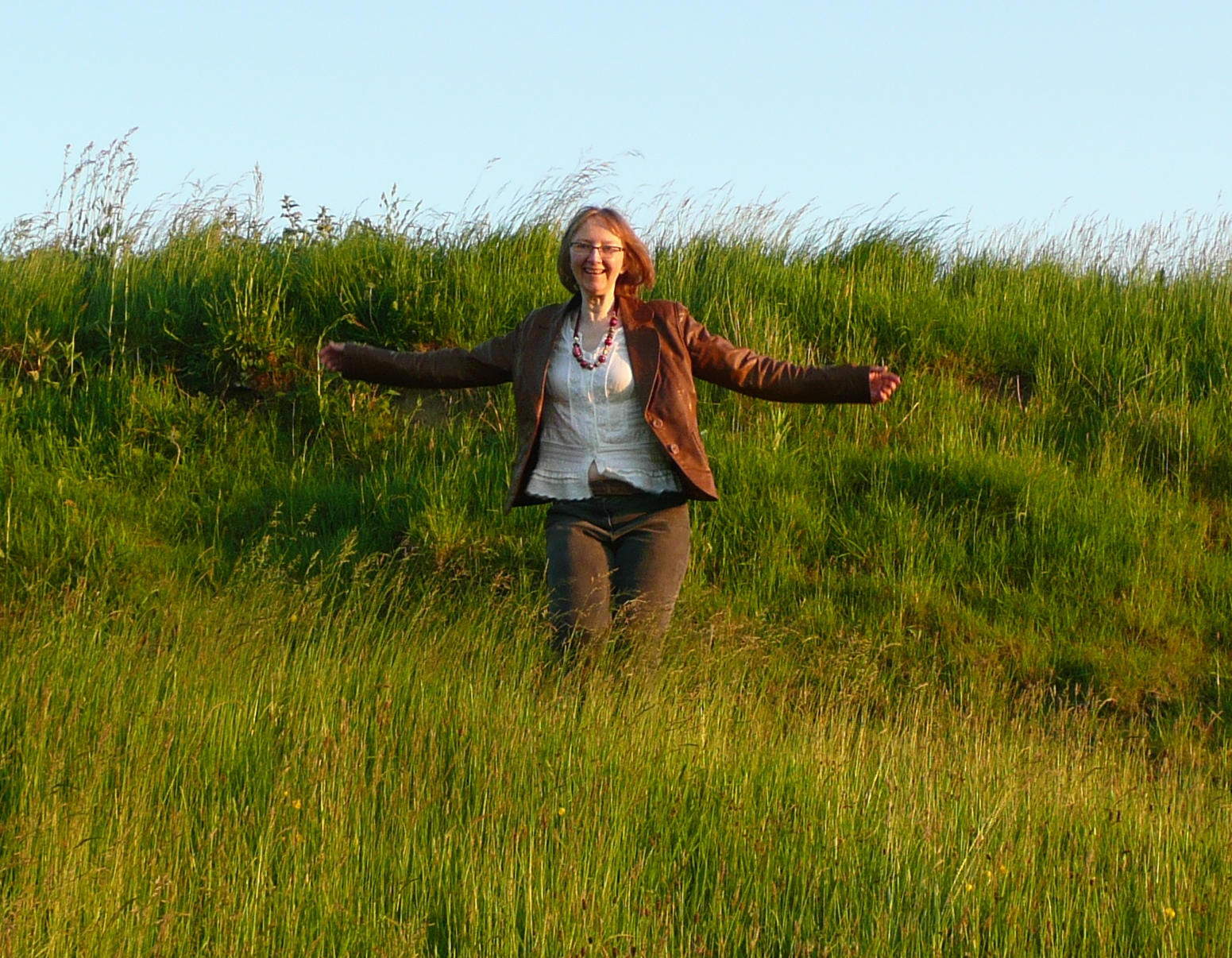 I fell in love with alpacas years ago at an agricultural show. Their gentle intelligent faces with lips like camels went straight to my heart. I wanted to sink my fingers deep into their soft fleece but sadly alpacas don’t appreciate being cuddled. I promised myself that one day I would buy some land and keep alpacas.

Several years later I fell in love with permaculture and promised myself that one day I would buy some land and grow food.

Surprisingly, in 2012 following my involvement with a local food growing group in my home town of Sheffield, I found myself the delighted and overwhelmed owner of 3 acres of grazing land on a steep north facing hillside.

It was a land riddled with character – piles of stone from an abandoned coal mine, an Ooze of water from under the top wall when it rained, a reed bed at the bottom that never dried out. There was a sudden drop of 2m where a wall had once separated the field and a magnificent stand of holly that concealed a secret space for our tool box and shelter.

We called it Holly Hagg and with the help first of friends and then of the wider community, we began the work of transforming the vision into reality. We harvested the Ooze and the Reed Bed and employed an excavator to create wildlife and reservoir ponds. We nestled a row of IBC tanks against the Sudden Drop and over winter filled them with 26,000L from the seasonal Ooze. Water sorted!

Next, came the orchard and forest garden

Next came the orchard, some raised beds for vegetables and a very long line of wildlife/windbreak hedge planted in blood, sweat and tears, and some council compost. We read Martin Crawford and perused the Agroforestry plant list and pulled together the start of the Forest Garden. 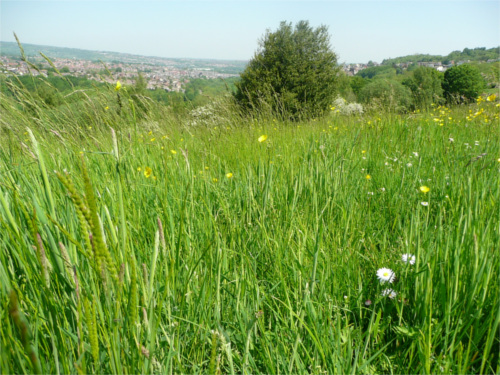 The grass was a shock. The first year we lost access to all but a few well trampled paths as 3 acres of grass grew to thigh level. A farmer came to the rescue in late summer and we could move again. The second year we failed to find a friendly farmer with time enough for a small field so we used our trusty petrol driven lawn mower to keep open a network of paths and the patches in which we were cultivating.

This wasn’t good meadow management and it wasn’t permaculture. We knew that grass worked best in conjunction with grazing animals but we lacked the confidence and commitment to keep our own sheep and failed to find a farmer who might like to borrow some grazing. We were also a bit wobbly about the animals for meat issue in case we got fond of them. Our self propelling little mower was now our only way of keeping the entire meadow under control – a huge strain on the mower and us.

In August of year three I was at the Bakewell Show and spotted a pen of alpacas. I was aware that our horticultural endeavours at Holly Hagg had washed away all thoughts of these animals, who are kept primarily for their fleece and for breeding more alpacas. I had seen no space for them in the new grand plan. I went across to have a chat and explain why alpacas were too much work, too expensive, too difficult to manage. My arguments were quashed – they are one of the hardiest and healthiest of creatures, they require little maintenance, they don’t challenge fences, they only cost 7p a day to feed. (That wasn’t quite true but my two cats cost me far more to keep than four alpacas).

Two weeks later I was at Charnwood Forest Alpacas signing up for three castrated males – the minimum size for a viable herd and at £500 each these cheap “pet” boys were the recommended way to begin. They arrived two weeks later and the whole neighbourhood turned its heads towards Holly Hagg in delight and amazement.

Initially, we had been advised to try letting the alpacas roam freely on the field. They are occasional browsers but their main diet is grass. As winter arrived the grass lost its appeal and the grazers developed a taste for our brassicas. After failed attempts with temporary netting we erected a stake and wire fence around the vegetable garden but that year only the alpacas had Brussels sprouts for Christmas. The following spring they devoured the hedge and nibbled our precious fruit trees so those too were penned in. We partitioned the land and reached a workable truce but their ability to spot an open gate and launch an invasion is impressive, and the resulting response from the two leggeds is hilarious.

A new arrival and a growing fan club

In May we introduced a fourth alpaca, young Harry. I collected him in my Toyota RAV 4 on what turned out to be his first birthday.

He was chosen for his mid-brown colour which would give us a fuller spectrum for the fleece crafts that were to come, but it was his inquisitive and loving nature which made him special. He actually liked being cuddled! 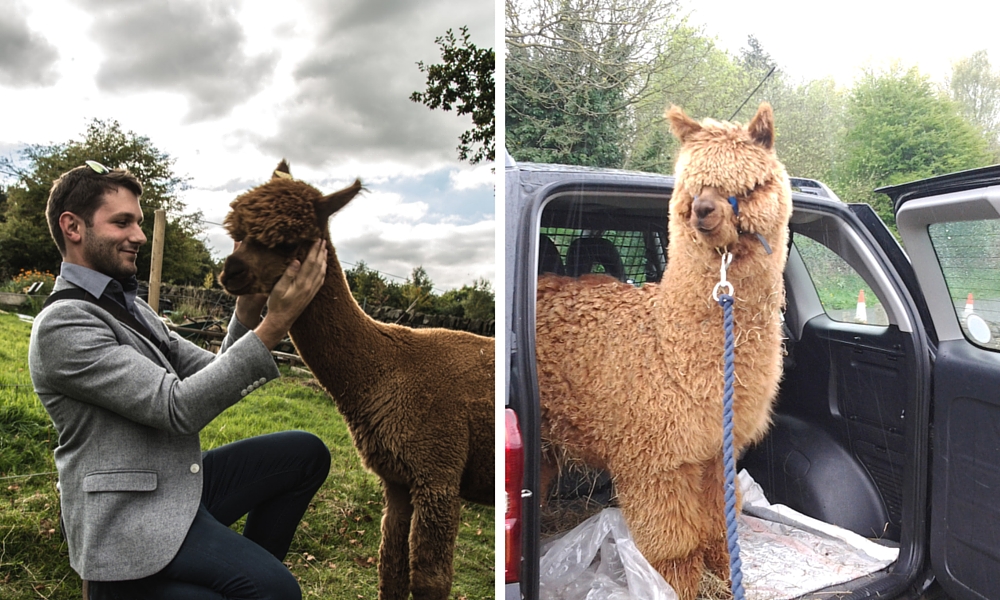 As the boys’ winter fleeces grew so did their fan club. Volunteers loved working with them. Entranced passers-by were invited in for a close encounter aided by a handful of alpaca pellets. Conversations were started and friends made.

So now we were ready to answer the question “Why do you keep alpacas?” 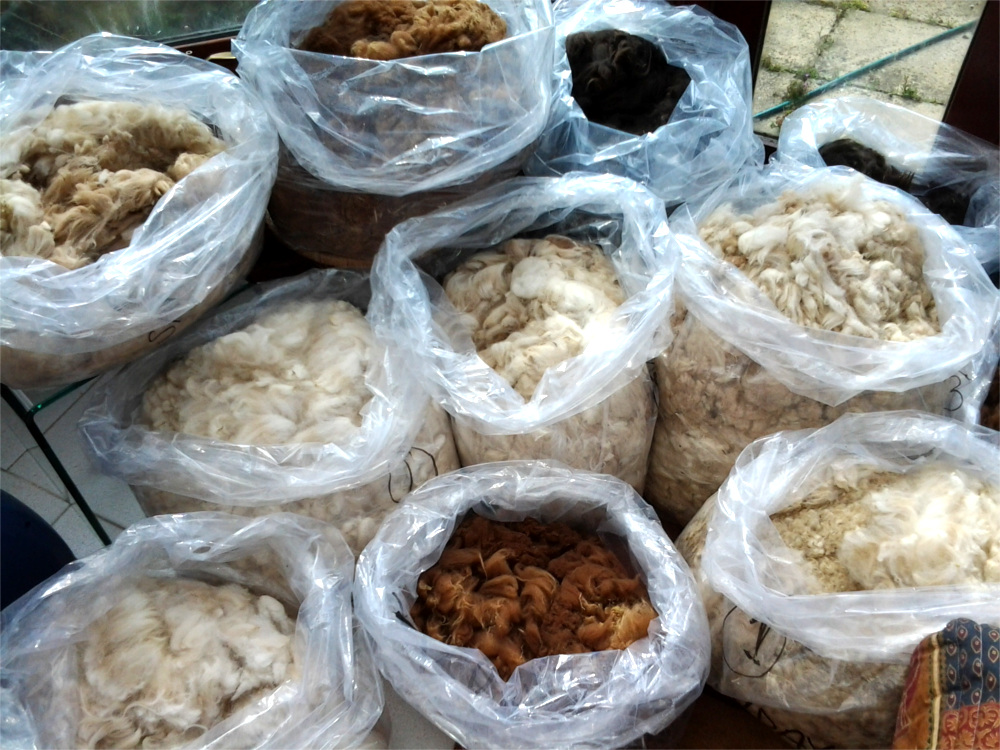 Aha! Linkages, multiple functions – we are back in permaculture land. We explained about grass management and all that lovely poo for the vegetable beds. June arrived and with it shearing day and bags full of glorious luxury fibre. Determined to make the most of this experience I bought a second hand spinning wheel, learnt to spin and began teaching my friends. (I also got addicted to buying neglected antique spinning wheels on ebay and making them spin again, but that’s another story.)

The fourth function of a herd of alpacas was the most powerful and unforeseen. What would you call it? People pleasing? Oh yes! Soon hundreds of children and adults were falling in love with alpacas and Holly Hagg was becoming well known.

In late June 2015 we held our annual Open Day at Holly Hagg. In previous years we had attracted maybe a dozen local gardeners to view our vegetables and trees and applaud our environmental improvements. This time we advertised the event as a “Picnic with the Alpacas”. 350 visitors poured through the gates! They fed the alpacas, children explored the pond wildlife with nets and magnifying glasses, they made scarecrows and learnt to spin yarn with a drop spindle. They asked to come back and bring their friends.

For the rest of the summer we began opening regularly to the public. Our Family Open Hours brought young and old to the field for an encounter with the animals; not only the alpacas, but tadpoles and beetles and technicolour dragonflies around the pond. Moreover we were starting to make some money, although much of it went towards Public Liability Insurance for the alpacas.

Autumn brought the fruit harvest and we were delighted by children stuffing ripe berries and hunting among the bushes. It was a delight to see children engaging with nature with such enthusiasm.

One week before Christmas I and another volunteer arrived at the field to find only three alpacas grazing on the top field. The sense of dread increased as we made our way down the hill and in the alpaca shelter found the lifeless body of our beloved Harry. There were no signs of illness or injury. That evening I posted the news on facebook together with photos of his magnificent but short life. The comments began to pour in – messages of loss, shock and support from strangers and friends. Children were going to bed in tears. Photos were sent in of youngsters whose life experience had been enhanced by the alpacas. There was a strong feeling of community and mutual concern.

We had Harry cremated, bought a very likeable older alpaca from a nearby farm, and in March held a farewell party. A hundred people came and we showed them how to spin Harry’s fleece with a drop spindle and wrote our memories on his urn.

The alpacas’ food bell was rung and we paraded down to the Forest Garden where Harry was planted by the children beneath an apple tree. The grief had been replaced by happy memories and gratitude for the delight he had brought us.

We still have a long way to go in our mission of demonstrating, educating and inspiring people to love the earth, care for each other and live sustainably. With our volunteers’ hard work and enthusiasm, the natural gifts that Holly Hagg gives us and the love of our alpacas I know it’s going to be a great journey. 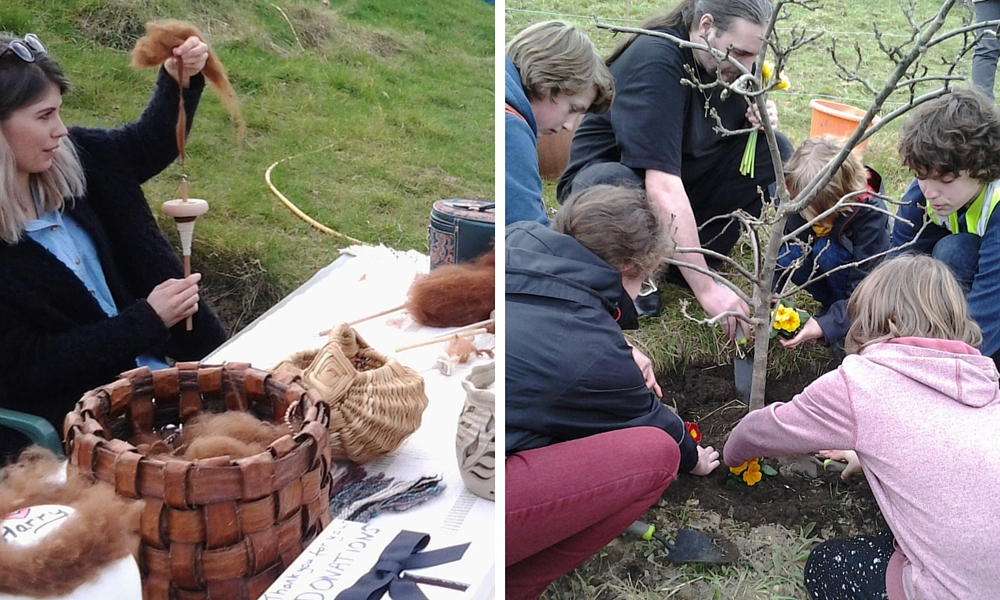