In pursuit of The New Story 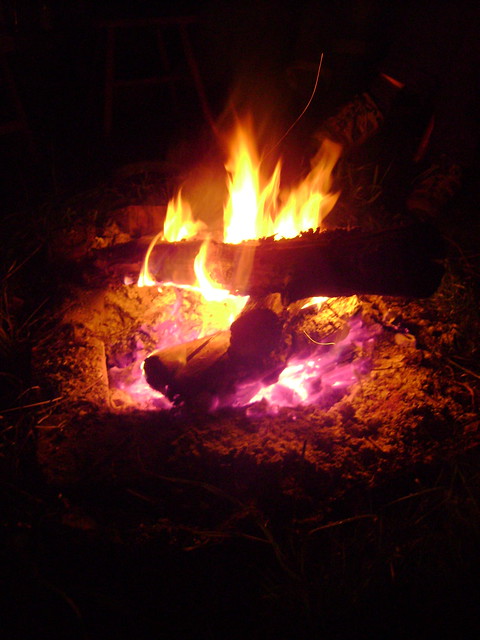 I think the first time I came across the idea of The New Story, I was reading Charles Eisenstein’s book The Ascent of Humanity. Charles gives credit in the book to Thomas Berry for articulating what seemed to me so obviously true once I’d read it. Thomas’ former career as a cultural historian gave him great incite into humanity’s historical deep need for meaning.

Answers to the eternal questions made it comforting to believe in something on a collectively cultural basis. What is the meaning of life? Who am I? What is the purpose of my existence?

Put simply, people in families, tribes, cities, nations, countries and religions got on much better if they were all ‘singing from the same song sheet’. All believing they were going in the same direction following the same customs, beliefs and rules. From the earliest times, tribes sat around campfires telling stories, giving meaning to an individual's existence within the collective.

As tribes became nations, countries and religions, their collective stories may have changed through history but always the intention was to bind the people together. Eventually, as science began to discredit some of the narratives religions had relied on, as the industrial revolution took off around the world, science itself (along with it’s paymaster, capitalism) began to offer a New Story, which has evolved into consumerism.

And so the idea was planted in the industrialised countries' psyche, we are here to seek pleasure, power & glory no matter what the cost - and as we now know, the costs are immense. After thousands of years of humanity’s coexistence on this planet, within a mere two or three hundred years we have almost destroyed any hope of a sustainable future for our children.

Of course, this is well known now and there are thousands, possibly hundred of thousands of initiatives around the world all seeking change. Communication has never been greater, but at the same time the stories on offer are vastly diverse; from buddhism to humanism, permaculture to sustainability, renewable energy to carbon capture, population control to veganism. Storytellers are equally diverse, thousands of government departments, many more NGOs all vying for the chance to tell their story.

I’d like to suggest one story on which we can all pin our diverse influences. It is a story that has a realtime beginning - 2015, and an end - 2030. This is a story that - for all its good intentions - was frowned on if not outrightly despised when it appeared. The reason being that it gives the firm impression that it is the Old Story, consumerism, business as usual, dressed in a pretty frock. Given the many references to ‘economic growth’ within the Goals this is understandable. But this is a realtime story, it has not been written yet, it can be moulded & shaped by simple truth and ecological reality.

The name of this New Story is the Sustainable Development Goals (SDG’s 2016 report - pdf).

Many of us accept that the developed countries need to change, need to reduce consumption of finite natural resources and develop a different mode of being in the world. Without the extravagant plunder of the Earth’s resources, which our children will need to access, albeit in a more sustainable fashion. But we also recognise that those people in underdeveloped countries, who will take the brunt of the effects of climate change, need help to raise their own standard of living to an acceptable level.

I believe that these are the aims of the SDGs. It may not be obvious that they are the aims, it depends on who you are, what your frames of reference are. A capitalist may see things differently from a member of the Permaculture Association, and this is the point; we have an unprecedented opportunity to use the SDG framework to explain what permaculture is all about to a much wider public. My dictionary offers this explanation of permaculture: “the development of agricultural ecosystems intended to be sustainable & self-sufficient.” I think you will agree that this is merely the tip-of-the-iceberg of what permaculture is all about, but this may be what the public think we are about.

Gaia Education, with the help of Daniel Christian Wahl - author of Designing Regenerative Cultures - have produced a set of SDGs flashcards to take into communities around the world asking a series of questions related to each of the seventeen SDGs. In many cases the answers to these questions will depend on the context of the local areas, in some cases the answers will require national policy changes. The point is that these questions are being asked of the local communities, deepening a conversation that in some cases is sorely lacking in our communities.

To aid these conversations, Gaia Education is running a series of sessions, SDGs Training of Multipliers, aimed at promoting community ownership & local implementation of the global goals. They have also produced an SDG Multipliers Handbook.

For those who still feel that supporting the SDGs is pandering to the Old Story I offer you one more link that is one of several supplied in the Multipliers Handbook - Who Framed Global Development? Language Analysis of the Sustainable Development Goals, Joe Brewer, The Rules 2015.