After over 30 years living in London, my husband Paul and I decided it was time for a change of scene. Having vaguely talked on and off about moving abroad for some time, the issue came to the front of our minds following a couple of stressful years. I was made redundant and both of my parents died. Add to which the threat of Brexit hanging over us. We decided to test our commitment to emigrating by looking for potential properties in northern Portugal. 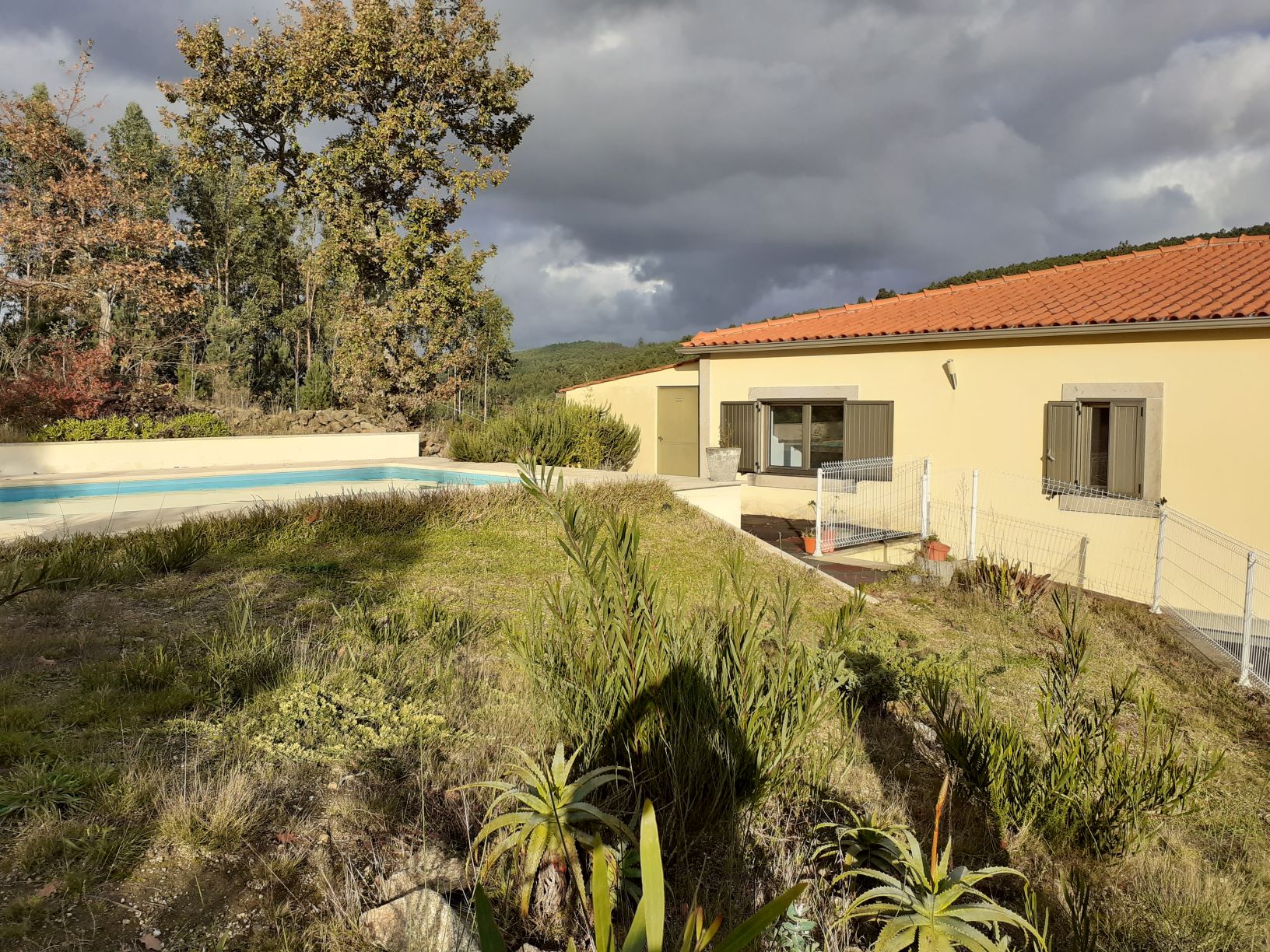 For a number of reasons: we have spent many holidays in the country and love the food, people and culture. The climate in the north also suits us, (though more on that later), being overall warmer than the UK but still influenced by the Atlantic - not as hot and arid as the Mediterranean south.

Additionally, when researching possible places to stay post-Brexit, Portugal appeared to be one of the countries that was minded to still welcome British immigrants.

So, aside from the above, with otherwise relatively little knowledge of inland Portugal we did a spot of house-hunting in June 2019 and found the place of our dreams (more or less!). A modern spacious house with a good-sized plot of land, just under a third of a hectare. The property also has a swimming pool, though that wasn’t on our wish list particularly and does raise issues about sustainability of water usage. More importantly, the house is located in a small village surrounded by wooded hills with stunning views across the Coura river valley.

We (or more correctly I) have been growing food organically for the past 30 or so years. Paul is the cook. Whilst the garden at our London house was very small, about 5 square metres, in an average year we produced enough salad crops, brassicas, tomatoes, courgettes and latterly cucumbers, to keep us going through the summer months if not all year round. However, we have always dreamed of having a much larger plot to grow a greater range of fruit and vegetables. We also knew that there was more to permaculture than simply growing food organically and decided to learn more.

Our permaculture journey began in earnest in March 2019 when we undertook the first part of a Permaculture Design Course, led by the inspirational Graham Bell at his beautiful home and bountiful garden in Coldstream, Scotland.

We have been friends with Graham and Nancy for many years and had already put into practice much of Graham’s teaching from his seminal work, The Permaculture Way. However, we felt the time was right for us to learn more in order to equip ourselves with the means of putting the principles into practice as and when we decided to move out of London.

The second week of the PDC took place after our trip to Portugal, when we had somewhat rashly decided to purchase the house, based on a two-hour visit! We were particularly enthused with the prospect of a new house and plot of land to take on board learnings and shared experiences from the other attendees on the course. Four months later, we were on our way to a new life in the Minho district of Portugal, close to the border with Spain.

The Minho (pronounced ‘mean-you’) district of northern Portugal is also known as the ‘Costa Verde’ and with good reason: it has a lot of rain to keep it green. In fact, it has one of the highest levels of annual rainfall in western Europe with around 80-90% falling in winter, while summers are generally dry and hot.

The bedrock is largely of granite with acidic but fertile soil. Altitude ranges from 500 to 1000m in the inland area where our village is located, rising to over 1000m in the Peneda-Gerês national park to the east. The steep terrain means that farming has traditionally been on a small plots comprising vines, pasture for sheep and small-scale horticulture.

Getting to know our house & land 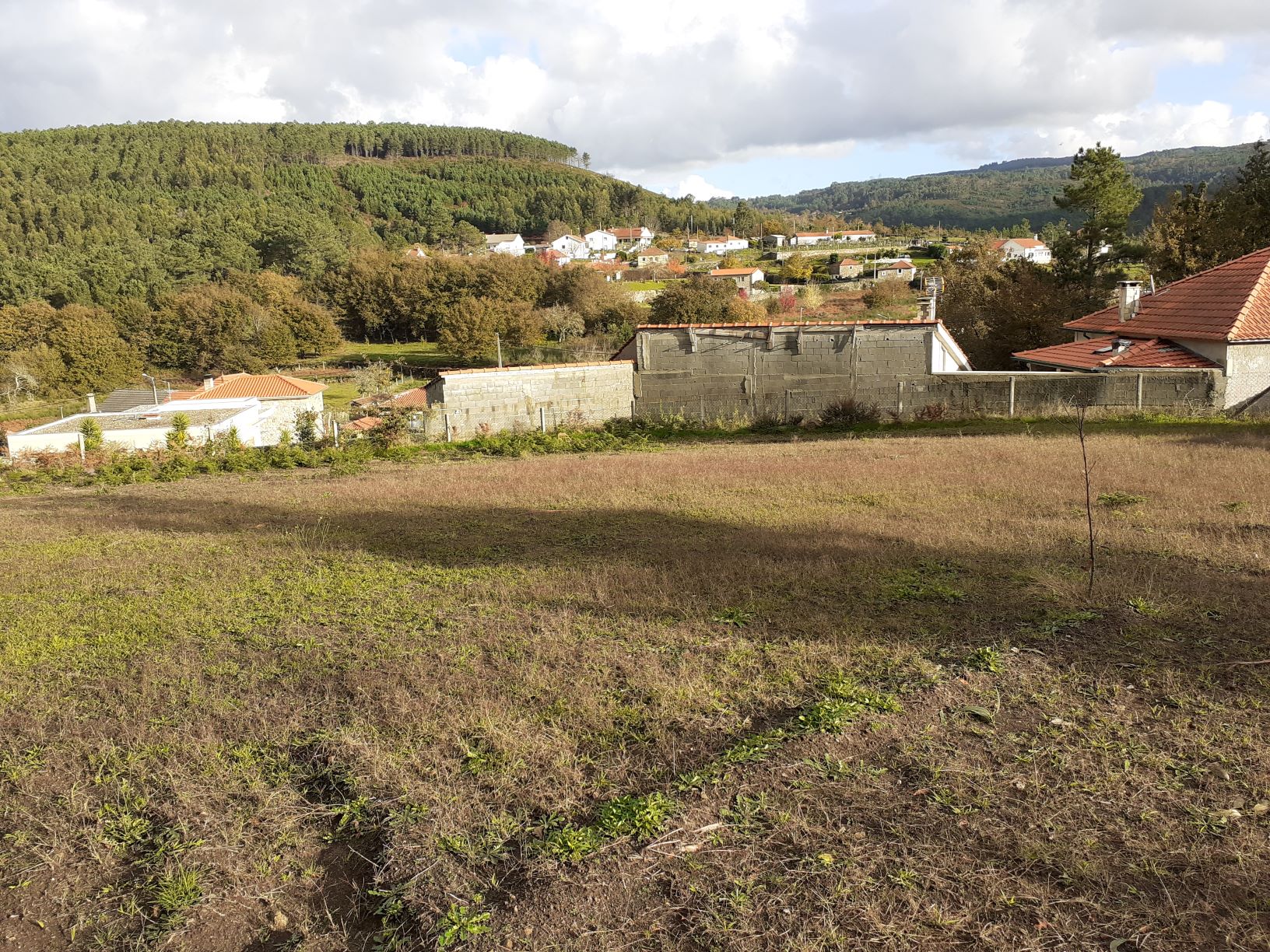 Our arrival in mid-November coincided with the start of one of the wettest winters here in recent years. By mid-January there had only been 3 weeks when it hadn’t rained. Initially, we were not too bothered by this as we had so much to do sorting out the house, dealing with banks, lawyers, etc. that we had little time to spend on the plot.

We were already aware that there was a problem of damp in the garage but with the excessive rain the problem grew to be one of substantial water ingress through the ceiling and walls. Number 1 of the building issues.

A little more about the house: it’s a 2-storey construction built of stone into the hillside. The lower floor comprises the kitchen, lounge, and passage-way into the garage. Outside, the kitchen is a small cobbled patio, which is shaded by a stone wall and a neighbour’s mature oak and pine trees. The main access to the rear of the property and agricultural land is via another set of steps from the drive. Next to the pool is another garden also facing south.

Both of the gardens are on thin, stony soil and have been planted with drought-tolerant plants, such as cacti and herbs. The land drains well so there is no problem of them being water-logged.

The agricultural plot is currently divided into 3 broad areas: a wild area with gorse, eucalyptus and pine trees; an orchard of small fruit trees; and an uncultivated field with grass and bracken. The soil is friable and appears to be fertile. (We are awaiting further tests). There is a bore hole from which water is pumped through an underground pipe to a tap on the edge of the plot, about two-thirds of the way uphill. Attached to the pipe is a very long hosepipe to enable the fruit trees to be watered. Whilst the previous owners assured us that there is usually enough water in the well to last through the summer, we want to be able to conserve enough rainwater so that we are not solely reliant on the well. There is mains water for the house.

At the time of writing (mid-January 2020), we are awaiting proposed plans from our Portuguese permaculture contacts. We will be working together in the coming months. Whilst we have our own ideas about the overall design, we will be drawing on their expertise for sourcing local labour, machinery, seeds etc.

Naturally, we are eager to get going but are mindful of the importance of getting the initial design in place before wholesale planting. Roll on spring time!

What is permaculture to you?

Permaculture Association membership brings the benefit of connecting with other members - at events and through our new members map. Members receive monthly emails with news, stories and opportunities and Permaculture Works, the members' journal. Join from just £3 a month.