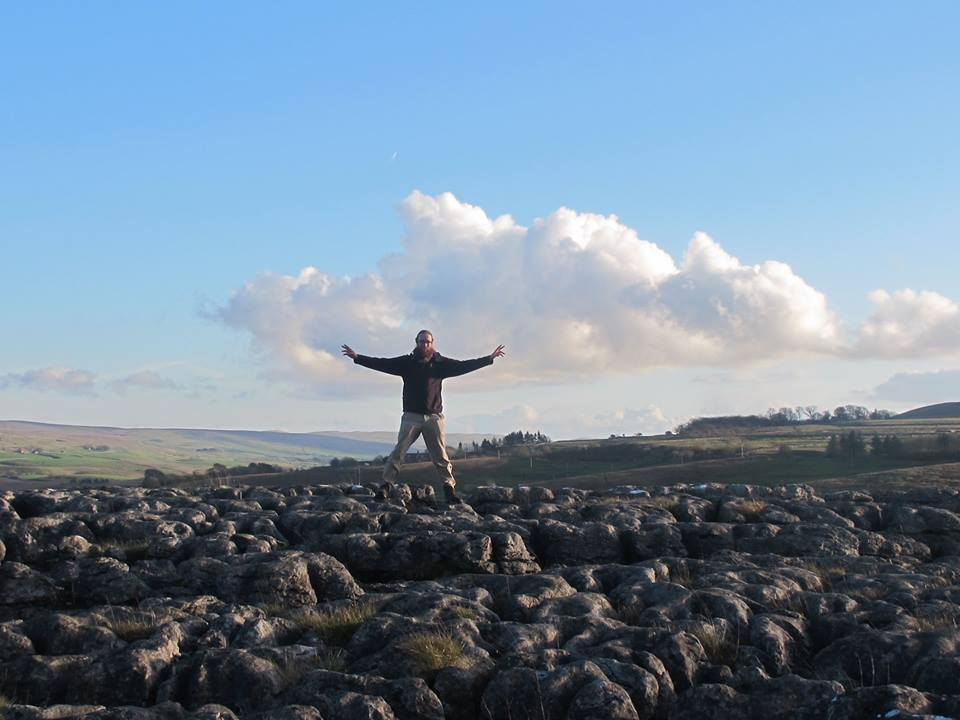 I love living in Bradford, as I have for 3 years, and in Yorkshire, as I have for 7. I love the landscape, the outdoors, the cities, the history everywhere you look.

I love the culture, the food, the music, the theatre. I love the diversity, the politics and the activism. I love the environment, and I want it to be there for others to love too. That's why I continue as a climate activist and why I’ll be supporting the Strike for Climate in Leeds this Friday 20 September.

I share with many others a positive vision for a future we can build together, with society redesigned to place environmental and social justice at its heart.

I was brought up as a climate activist in Scotland as part of permaculture, a global movement based on caring for the earth, each other, and providing a fair share of resources for present and future generations and natural ecosystems.

These three ethics have formed the core ideology of the growing permaculture movement for the last 40 years. The approach places permaculture practitioners ideally to design actions which will regenerate our environment and equailse our society.

Something we hear a lot in discussions about climate activism is the need to "tell the truth". My MP (Philip Davies) recently called for climate activists to "be honest", and "tell the truth" is the first of the three core demands which extinction rebellion activists will again call for at the Strike for Climate. This is my attempt to tell both of those truths, and to empower more people into action to combat the climate crisis.

“Those who want to see zero carbon emissions earlier than 2050 need to be honest with people about how painful that will be for them, and how it will push up costs for people who can least afford it.” - Philip Davies MP, Telegraph and Argus, 7 May 2019.

First, the truth that XR want politicians to admit, and act on. If our society and way of life does not change, our climate will change. Extreme weather events (drought, flood, extended periods of hot or cold, storms) will become more common. Sea levels will rise. All of this will cause mass migration, but whilst some countries will be more able to cope than others, there will be nowhere to go that is unaffected. Crops will fail and resources will run scarce, which will lead to widespread conflict on all scales. Our water and air will be poisoned. All of this will affect developing countries, women, minorities and persecuted groups disproportionately, since these people have less resources available to adapt and mitigate. Climate change is an issue of privilege. 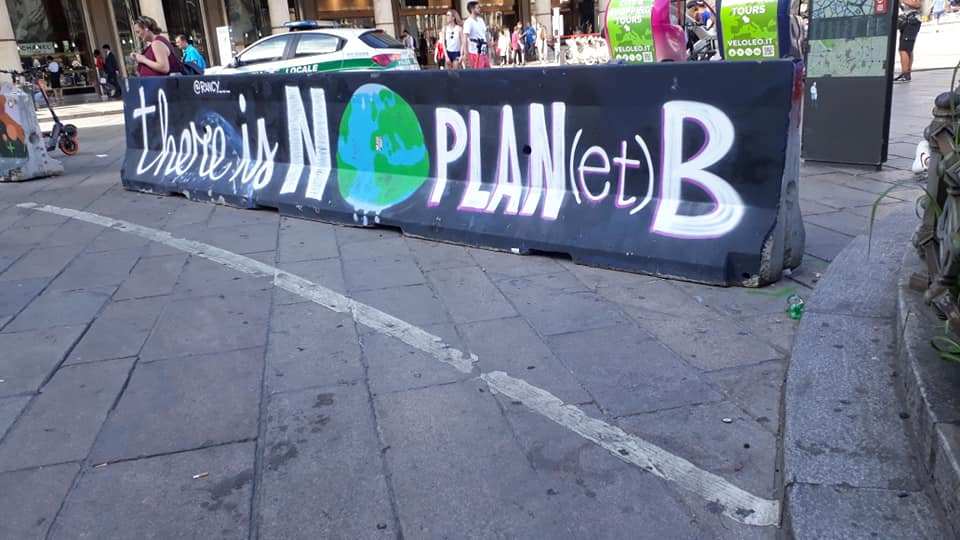 The system sees growth in terms of an increasingly narrow and globally irrelevant set of economic parameters as the measure of its success. The system is designed for corporate interest, pursued by government (in)action and protected by media disinterest the world over. Government plans to reach zero emissions by 2050 are the most basic starting point from which to combat this, we need to do much more.

All of this may be shocking, it may be scary, but what’s important is that it shouldn’t be immobilising. Many people have recognised the dangers of climate change before now but been held from action by a multitude of small issues. “This might make me less comfortable,” “That will cost me money,” and even “My friends might laugh at me”. The urgency of our current position can be seen as an enabler to overcome any and all of those issues. We need to think, individually, in our communities and at a national and global scale about how our grandchildren will view our (in)actions. We have an opportunity now to build a new way of life which promotes equality and improved human and ecosystem health.

So now the truths that Philip Davies wants climate activists to admit, that changing this system, and avoiding the worst of climate catastrophe, will require huge changes to our lifestyles and economy. What is it that we can and must do? The following are some of my actions to date. I'm not sharing them out of pride or out of disapproval for the (in)actions of anyone else but simply as examples of interventions, which have a positive impact.

There is concern, rightly, that such climate actions might disproportionately affect the most vulnerable in our society. In most cases it is actually the richest in our society who need to make changes. I have also included some thoughts on how “painful” the kinds of actions I’ve taken would be for others. 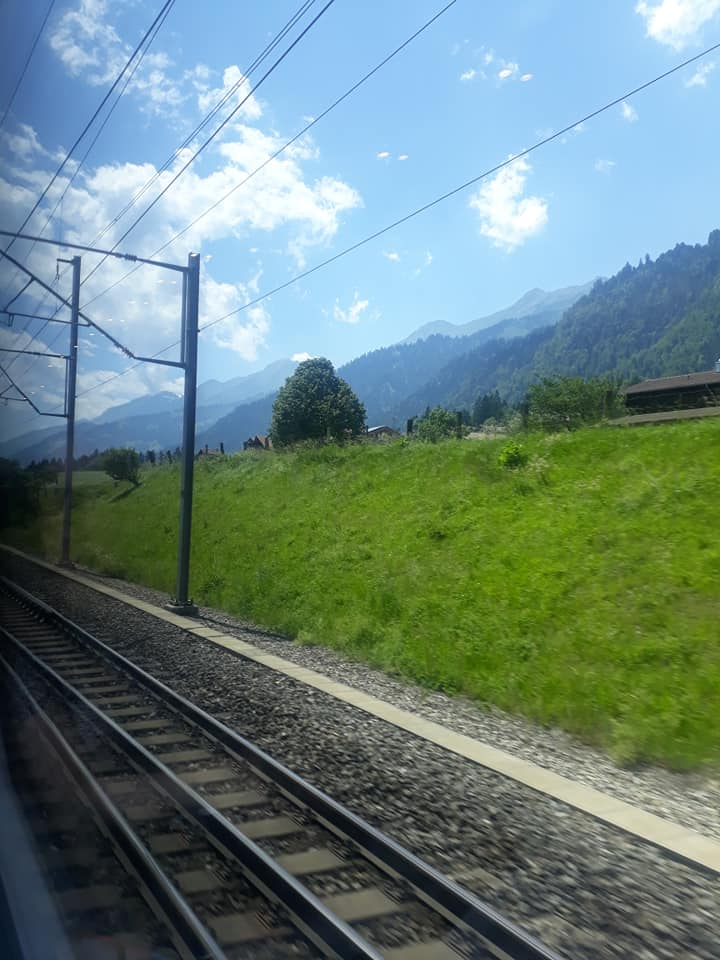 The need for action from the well off is evident in the example of transport. Families today often need cars to make it around their commitments and public transport caters particularly poorly for those with disabilities, so not everyone is able to simply give up their car, but this is one area where government must make brave and extensive steps to promote public transport over single person car journeys. I still take foreign holidays, I've just been to Slovenia by road and rail, but that would be an expression of my privilege whether I travel by rail or air.

Many Brits (millions of mostly the poorest) have never flown or left the country. So it is the relatively well off who need to change, who choose to travel alone in a car over the crush and crowd of the train and pavement, who fly multiple times a year, often for very short distances and times.

I try not to consume products which have travelled a long way, or which have unnecessary packaging. It has been demonstrated repeatedly that ethical consumer action, particularly when backed by strong media and union campaigning, can produce change in even the largest corporation. Recent examples include the successes of Stop Funding Hate, or Surfers Against Sewage.

There are significant economic barriers in some cases, for example mass manufacture means unethical products can be incredibly cheap in the short term compared to more sustainable options, so that even where consumers can see the environmental and long term cost benefits of more ethical options they may simply not be able to afford the initial outlay (see for example, disposable vs. reusable nappies).

Ethical consumerism also gets mixed up in gentrification, greenwashing and “telling off” in very counterproductive ways. This can easily exclude and demoralise those who are not well off. To top this off, intersections between different issues can lead to trading off one issue (e.g. fair trade), with another (e.g. climate impact). I have two messages here. First, just to do your best and don’t over-think it. All positives are positives and stress can drain your energy to the point where you won't achieve anything. To build a sustainable world we need our activism to be sustainable for our mental health. Local community groups can provide excellent support here.

Secondly, and more importantly, consuming less will always be the most ethical option. We shouldn't begrudge people of living comfortably and poverty shaming is still shockingly common, but if you can't choose between polluting plastic and water guzzling cotton clothing, you might just not need this season's latest outfit.

Growing your own food

I grow some of my own food and I volunteer my time for conservation action, education and activism. I also speak and write about how we can change the world together. 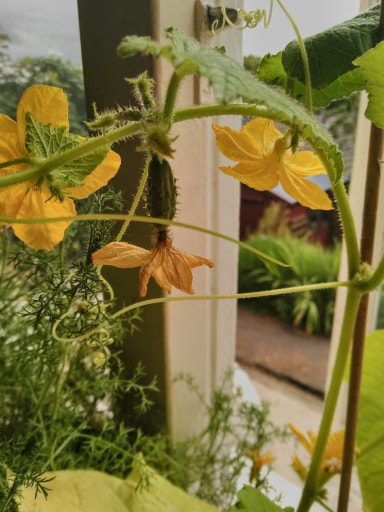 This area of activity, voluntary activism, isn't much of a sacrifice for a white male academic, but there are many reasons why it takes great bravery for others. The views of those from minority groups and those with disabilities are consistently under-represented. Possibly most importantly, a large and growing number of people are struggling simply to obtain the basic shelter, food and so on which is their human right.

Tackling inequality must be at the heart of building a movement to combat climate breakdown. These can be and often already are the most powerful voices in our calls for systems change, made all the more potent for the sacrifice made in demanding to be heard.

I include growing food as an action for social and environmental change, since it reduces my reliance on polluting methods of production and distribution; captures atmospheric carbon, improving soil fertility; and develops connections and skills which build resilience within my local community. This doesn’t mean everyone should be able to buy a house with a garden, I consider my allotment to be the single best value for money spending decision I have ever made, and every windowsill pot plant counts. 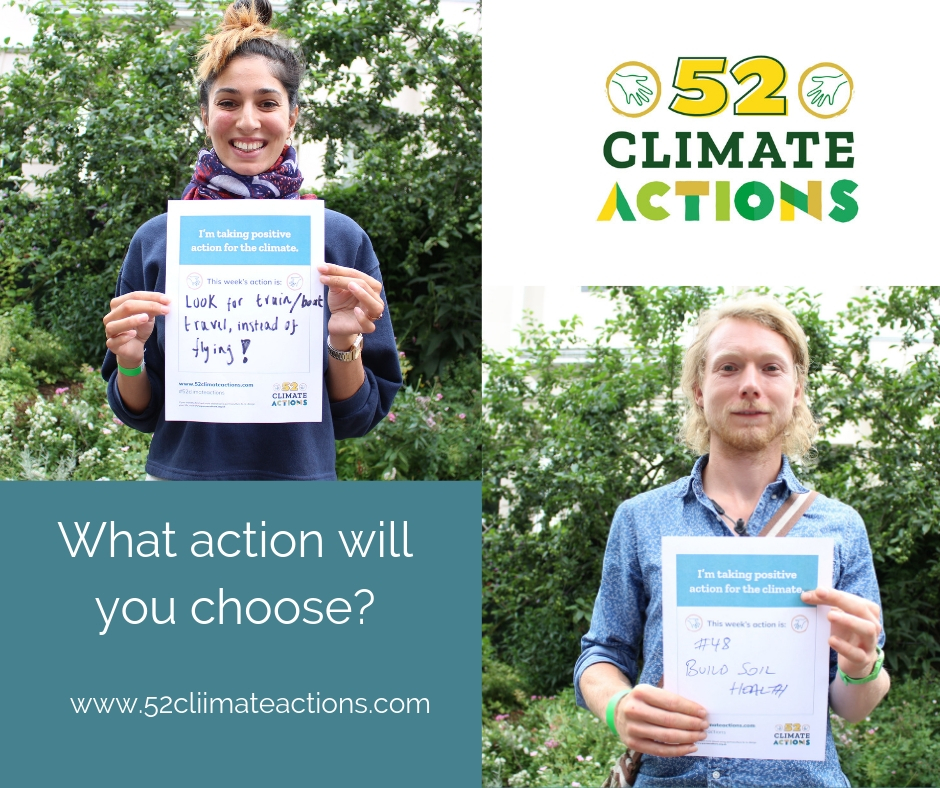 We must find a way to be motivated by the urgency of the climate breakdown. Here I have shared my own progress, but there are many other positive examples out there. Many take the form of simple suggestions of actions backed up by case studies demonstrating their success.

I'm particularly excited by the launch of 52 Climate Actions. This is a project co-created by a group of experienced permaculture activists - it is an accessible guide to individual, community and activist activities we can all take to mitigate climate change and build resilience for the impacts which are already inevitable. www.52climateactions.com.

If all groups within our diverse society work together on this, and fast, then we can build a positive future together.